Place of the offtopic, funny or interesting threads, discussions about history, politics, movies and other war games.

https://www.youtube.com/watch?v=gES95UtYTr0
...non questiona: the original is the best....


...many time left, to check all other cover-versions....

2nd full week of working from home and self isolation starts... now!

Radoye wrote: ↑
2020-03-21 15:48, Saturday
I went outside yesterday to buy some food - first time out since the last weekend. Everything is closed down, only grocery stores and pharmacies are open. Stupid people stockpiling toilet paper and fresh food which will spoil in 3 days.

A tip - buy fresh just as much as you're sure you're going to eat and no more; add 1-2 frozen meals or cans to your purchase each time you go to the store; this way you'll have enough non-perishable food to eat if $hit hits the fan, you won't be throwing spoiled food out and at the same time you won't clear out the entire store, everyone will be able to buy what they need and the stores will be able to keep up with the demand and keep their stocks up, and we all make it through this (more-less) in one piece.

Or alternatively - be an idiot and we'll all starve...

Portugal entered State of Emergency at the 18th (March, for the record).

Two days later my brother told me - I rarely get out since the summer of 2016 - there were already empty shelves.
Talking about food "basics", for instance he found no milk.
However, by the 22nd the situation was already regular again.
What remains sold out and is likely to take more time to return are things like:
medicinal alcohol, tissues, or pretty much anything related with hand washing.
A few people were already prosecuted for profiteering with this kind of articles.

There was one arrest for quarantine violation and 6 for unnecessary gathering of people (those 6 probably resisted police advice).
Besides that there have been a few manifestations of good old "portuguesism".
From taking advantage of empty streets for car racing to renting dogs to people who want an excuse to get out.

Actually there isn't much need of excuses:
The general rule is staying at home if you have nothing to do outside but the list of allowed/advisable activities isn't too short.
Getting out for exercise was even advised, although for the shortest periods possible and keeping distances.

Additionaly industry wasn't ordered to stop except on a small region in which track was lost of the transmission chains.
So, a few reverted to remote work, but there is still much people going to work.

Commerce with presence of public was ordered to close but the list of exceptions is sort of long.
In the case of food only restaurants were ordered to close doors to public but they can operate in take away or home delivery modes.
All health related businesses are allowed.
Gas stations, banks, auto sell and repair are three other examples that don't surprise much.
Perhaps less perceivable as essential, things like cosmetics, stationary, tobacconists, informatics equipment.
And I've named maybe around a third of the exceptions...

There is a great fetish with masks:
No matter health authorities explaining every single hour of every single day who should really use them and there's not enough of them around.
In particular some media agents and a portion of the general public keep on pressing for putting the whole 10 million of us using the damn thing.
It became a sort of symbol used to show others "look I'm doing my part". If only washing hands was a more public action...

The most somber bits:
Mortality is still relatively low (slightly above 1%) but this is the beginning... and the amount of infected doctors and nurses is rising...
Along with their warning/complaining about long shifts and lack of protection equipment, which in their case needs to be a more complex and effective kind of mask

Bah, this is more than long, enter some music...

I'm running out of songs for my end times soundtrack

Greetings from the office: KNORKATOR (GER) - Wir werden alle sterben (We will all die)
++++ Panzerliga.de ++++

metal (and acoustic) cover artist from Norway, which Lt.Col.

If you (like me) have no idea about russian language, then skip forward to ca 3 minutes:
We drink your blood (Powerwolf)
(and keep in mind: she was 15 years old at the time of singing

And the original:
We drink your Blood - Powerwolf

this link is fixing around the post. Here you are the actual video:
https://www.youtube.com/watch?v=kQCdnJT_ZNA


Edit:
so far i thought the forum software was centered around Europe, however now: you guys are serious that this thing is based in the US ? O.o
https://www.youtube.com/watch?v=-Glz0E7ZhEk

We dunno what we like more: the TV series or the song

More TV music (besides "Outlander", currently the TV series we wanna see the next season, the most

toss a coin to your barder

Unholy mother of *peep*. If the Corona'pocalypse is no excuse for drinking, then i dunno why i have been "dry" for 8 months

while in the midddle of watching "Batman: The Dark Knight", Lt.Col.

. Instead of just posting the same Sabaton songs over and over again (which of course are all brilliant), I recommend something different, which is just as entertaining: SABATON - Plzeň 2019 (Concert film)
Do you know?
++++ Panzerliga.de ++++

Is this the place where i can shamelessly spam the forum and up my post count?

As long there is a song involved.

Also on the last working day of this week: Best regards from the office - I'll hold the position.
Hypocrisy - Virus (2005) Full Album
++++ Panzerliga.de ++++

who owns the fear ? 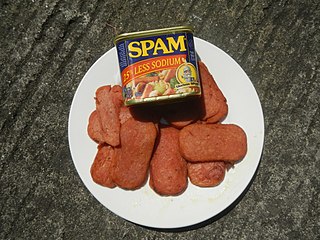