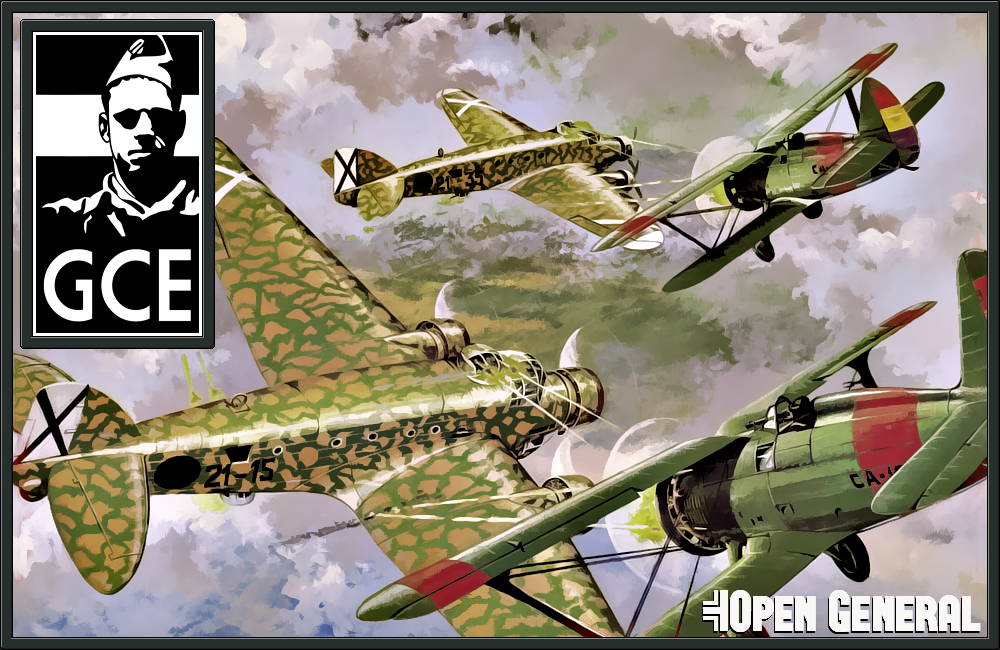 Welcome to the GCE Efile!

When this project was born back on 2010, the 'raison d'être' was to get a specifilc equipment efile for the Spanish Civil War covering almost all factions involved, but also to get a platform to play PBEM scenarios and tournaments.
In short, The Spanish Civil war was a confrontation between the Spanish leftist government (Republicans), and the right oriented rebels against them, (Nationalists). Altough there was two main sides, the situation was much more complex, especially at the beginning of the conflict, with many factions for each side (sometimes faced with each other), each with its own strategic objectives (especially on the Republican side). Then, with the aim of representing the conflict with the maximum possible fidelity, these factions are represented as 'countries' with their own flags. Adding also more historical 'flavor' to gameplay.

Originally designed as a joint project between Norberto Viñas 'Yriarte', Guillermo Bores 'Guille' and myself. Without the invaluable collaboration and support of Luis Guzmán, but also Santiago Fuertes generosity and Ramón Casas enthusiasm, GCE would not have been possible:

THANK YOU all of them and excuse me if I forget someone.

There's no political interest with this Efile; which was only made for historical and fun purposes for OpenGen.