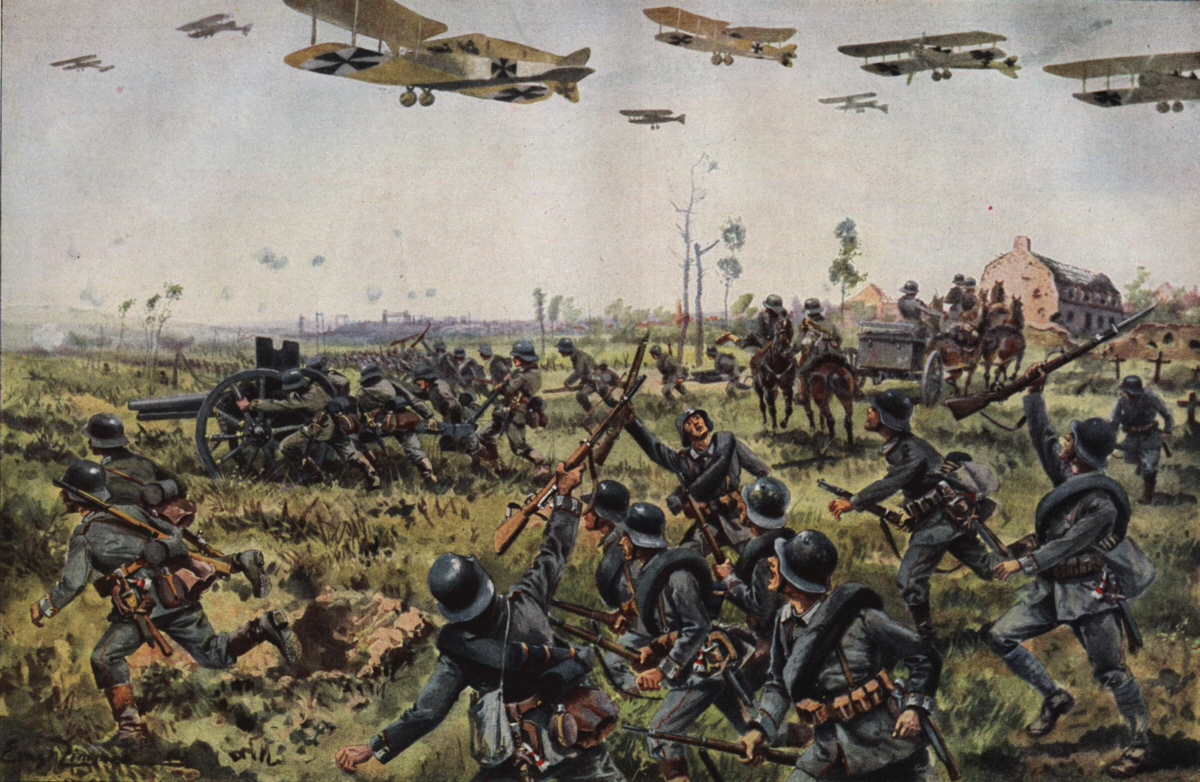 Intro:(by Urica)
Your country has been too ambitious, or too imprudent, in this fateful summer of 1914. Nobody thinks that Germany will be able to win a long war fighting on two separate fronts at the same time. Defeat seems inevitable. And that's what will happen, if one unexpected factor doesn't enter the scene: you.

Join the Deutsches Heer in its struggle against the Entente forces. Show your enemies that the German Empire has been underestimated, and that it has the will and the skill to become the main power in Europe...and the world. Eventually, your victories will alter the timeline that you know, and the main powers will make different decisions, giving Germany the opportunity to win the Weltkrieg.

This campaign has 24 scenarios in total. From the Ukrainian steppes to the coast of Normandy, from the Baltic to Egypt, your army will fight against all kinds of enemies, employing new tactics to overcome the terrible conditions of the trench warfare, and using the new equipment that the technological discoveries put at your disposal. It won’t be an easy task, but the Kaiser trusts you. Go ahead, your country needs you!


Players playing at the two lowest prestige levels ( Field Marshal and General ) as usual are asked to refrain from reloading during a scenario, or reloading for prototypes.