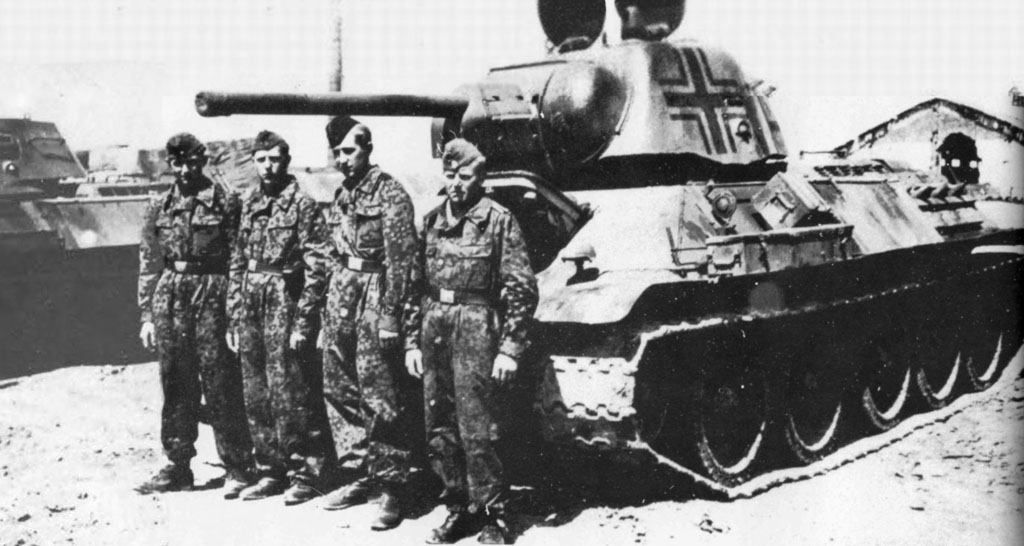 Get ready to embark on an historic divisional campaign journey...

Your motorized SS-Standarte Deutschland, the SS Artillery Regiment and the SS Aufklärungs Battalion are grouped with 7. Panzer Regiment into Panzer Division Kempf. Move to Ostpreussen and prepare for the invasion of Poland.

Your next task will be a new one: the invasion of The Netherlands - via the Grebbelinie map that The Duke of Brabant created in 2001 for his unfortunately never published SS campaign. Once the low lands and France are conquered, you will NOT fight the Italians in preparation for the invasion of England. That silly idea is off the table.

Units that you can acquire along the way are carefully and historically selected by Adler for the SS 'country' in his e-file. Troops that you have to fight in the Balkans (1941), on the Eastern Front (1941-1944) and on the Western Front (1944) are guided by the latest AI, making them a more dynamic adversary. Even the railroad has gotten the message. The train driver strike is off and armored trains will be moving down the tracks - not only Soviet trains, but also German ones.

Really new is what can be unlocked after doing well late 1944 against the Allies in the Ardennes. The Adler-conceived what-if path calls you (including trains, the Kriegsmarine and the Luftwaffe) to the rescue of the encircled Heeresgruppe Kurland on Sympatyk's huge Königsberg map. This is followed by having to stop the Soviet drive into Poland and Hungary. With the red steamroller halted,it is time for more drama: Rheingold - stop the Allied DD-tank and paratrooper crossing the Rhine. While your troops are further upgraded with the latest model equipment produced by the mid ’45 crumbling industry, stop Steve Brown's Worker Collective (no MAK transvestite easter egg in this campaign) once again, after they forced their way into East Prussia and Silesia for a huge strike towards Berlin in August '45.

A big thank you goes out to Pzmaniac who tested the campaign and made many suggestions that improved almost all of the scenarios. The original version of some of what I consider the best scenarios of the campaign were created by Hannes Gruber. Thanks again for allowing me – many years ago – to include these scenarios in the campaign.

This campaign has no intention whatsoever to glorify or endorse the beliefs and actions of the Nazi regime and the SS.