Place of the offtopic, funny or interesting threads, discussions about history, politics, movies and other war games.

hungary got her first leopard 2a4 tanks, here you are the first photos, with hungarian insigna. this camo wasn't used in hungary before
»my real name is csaba (tʃɒbɒ)«

honestly in one of "top 10" lowest GDP-pc countries in Europe, i couldn't care less... but not bad topic, here is for eventual modern efile makers few pics of some variants of M-84 AS (some say it's just modernized t-72 on first pic) seen news mentioning it - "best we have" or "could have" anyway

main gun 125 mm, generally nobody knows how many are and with what other specifications. Point? Plan is to conquer Montenegro and scare sultan.......... not even funny anymore, must admit that I changed my views about world compared to 10 years ago - weather one "fear" renewed Russian or Osman empire and where one sits, it looks a bit more dangerous, NATO already capitulated, China, "Turanism", Roman empire, Greater Scythia... idk. Hope pics are of use and interesting as is rare equipment, no point in any texts from me. hope some will add more eventually... not my field, old history lover here 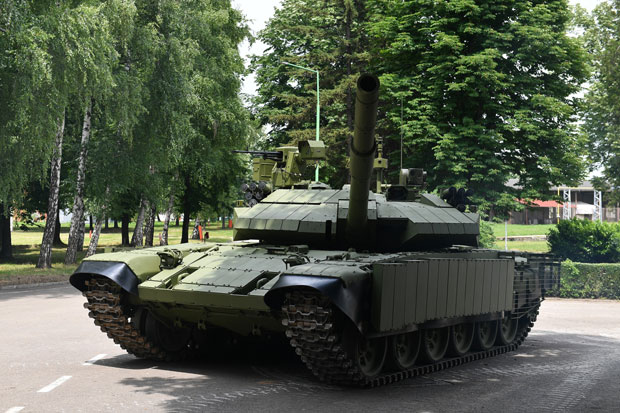 ...so i've seen report on Romanian TV about our mighty army

where corruption and police brutality is punishable, politicians removable etc. Don't worry about our might Romania, it is just to scare Montenegro

forget about my political jokes and my style, feel free to post some rare eqipment pics if you wish anyone... )
Top

thanks for the pics, Ale!

idk when the new hungarian pzh 2000 vehicles will be exhibited, i try to show some pix

hopefully these beasts will be used on field excercises, but they are so beautiful, aren't they?

»my real name is csaba (tʃɒbɒ)«

probably yes... but somehow (being superpower) I find interesting to post some "own-developed" arms, because they are rare globally and maybe interesting. since you mentioned arty probably our "most famous product" is Nora spaty, easier to find in Burma or Algeria

than in our army... rocket wise it's Orkan II rocket system mobile launcer (both non-tracked though), second without photo now but it's easy to find around, 262 mm

one must wonder how such superpower wasn't ever able to produce something decent in civilian industry, so we must make only "Ferrari" instead

hint - beacuse you need private business and investors for it

generally Csaba, no trouble for me to post most interesting pieces photos and info, but as said not my field generally - i'd like to talk Italian plate armor we successfully used and modernized with horns and black paint 600 years ago - glad it's useful anyway... hopefully it'll not be used around our houses (it depends on Montenegro's ambitions of course)) but humans must make wars sometimes ....)

something just remembered... me and Csaba geographically close but by equipment pictures like 1000s of kms away..

...however, foreign people probably doesn't know but if we imagine today borders (for some arguable)) and if there was no big wars and they changed just without, it's funny that German minority would probably be most numerous in today Serbia, Geothe would be (kinda) "national cultural hero" (he was learning Serbian)) and so on

20th century history is a bench for all of us, but how it is now it is ironic/funny

... considering history "old bench" the thing i regret the most is old saying in Germany (and Italy and France etc) in around AD 1400 "wish we are rich as Serbia"

This is what I call:
My first green period.

The years are 1989/90.
The places are two, first Batalhão do Serviço Sanitário (training) and Brigada Mista Independente, Batalhão de Apoio e Serviços (service).
Batalhão do Serviço Sanitário goes like Health Service Battalion. Now extinct it was where I did military instruction back in 89.
Brigada Mista Independente, Batalhão de Apoio e Serviços goes like Mixed Independent Brigade, Support and Services Battalion.
That was a NATO unit - think still is although it underwent reorganizations and name changes since - to be deployed in Italy in case shite hit the fan...

I was a medic and by field flow chart charged with trial tasks, basically assisting a doctor who would sort out where to send casualties within the field hospital.
Of course that remained theoretical - reality was everyday first aid work, playing front desk for the battalion's doctor appointments and sweep the first aid station's floor was really the most important of it all...

There's lots of "people" photos, of course but...
Some of the photos do relate to some degree to the ones that started the topic - rolling equipment, but in this case dated.
A few are very dated and show WWII era tanks from the "museum" area in the Cavalry Regiment next to my own Battalion.

As a companion a clip from the movie with "the battle"...
Top

it's nice when older history is researched and respected, generally we lack that self-respect - Hungarians were building castles during communism, for us it was somehow "inappropriate" and "reactive"...

when it comes to personalized photos... i have "long tongue", masked maybe

Much more than one of the castles you may see in Portugal nowadays are from a 1930's reconstructions surge made for propaganda purposes during... fascism...
(technically Portuguese historians call "corporatism" to the local brand of fascism)
Top

well Bombast you get my point then - things went so badly bad that even king that brought back Serbia on map in 1878 suffered as "fascist", figuratively speaking.... it is all madness of course, just imagine me - being fan of our only great emperor and medieval history as whole - being labeled as wanting feudalism (btw, much more present in east-European societies with corruption and weak institutions) or being hostile towards Greece

without culture, respect and (sadly) elites it's just tribe and low performance on continental scale...... but anyway

while i'll stay on Csaba's subject from now on to add... there is internal joke, humoristically speaking of course, in Europe - though not whole Brits for example couldn't care less about that

- considering XX c history and wounds "how would it be to reroll time and borders back to year 1900". To foreigners I always say "no trouble"...

where is the joke for our position - we would lose important parts, north, glorious Ras (doesn't exist anyway but imagine Italy without Rome) would be something like out of country - but only 3 borders of which 2 with empires plus we are on map, sovereign

belive me many other nations roll their eyes on such question, Bulgarian would say "Never!"

some Poles and so on... it's joke and no time machine but indeed "we played it a bit dumb" with best intentions "to liberate and be loved by all"

about equipment and arms, sorry to Csaba...
Top

...if you allow - i think i mentioned great emperor at least 1000 times, but must add in something more suitable for your "translations" thread, Bombast.

there are always "bad readers" so about empire of Dušan for those not getting it... it's not about size (in global terms his empire was stil moderate country at its peak) it is about substance... we used a lot of Roman and Byzantine (also "Roman" as they called it) laws before him but his try to codify it and mimic "rule of law" by saying "don't fear me" in preambule is true greatness, earning respect from Venice to give him citizenship etc... objectively our best ruler of the times, only to not earn "sainthood" so he was doing something right

btw, his father would probably imprison own father if he succeeded in previous rebelion and so on, that was how things how often

...Already talked about Englishman i met visiting his "grave" - he didn't care about his military might, he heard of some of his paragraphs in codex, to me great to know so far away in England... about "vampires" though

so sorry to Csaba again, very important to say - you never know who is reading and what he/she reads out of it ;
Top

After brief research here's a bit more on the successors of "my" unit:

https://pt.wikipedia.org/wiki/Brigada_M ... gu%C3%AAs)
In Portuguese.
If you can't read it skip down unless you really want to see the units coat of arms.

https://en.wikipedia.org/wiki/Mechanize ... (Portugal)
In English.
No coat of arms and no list of foreign missions participation.
But with data - not on Portuguese page - on numbers of almost all of the most iconic vehicles in service (except M60s it seems).

https://www.youtube.com/watch?v=gLJgco7_WmI
15 minute for the most patient
Top

must say I lost track of your overseas possessions but having only one neighbour in Europe (it sucks) and having army I advise you attack it at Badajoz, defences are weak there, then Madrid is in reach if fast................

forget it, don't attack Spain they are pals, they keep our relics in museums because so many Spaniards have been feeding families by our imperial dinars, working here once in mid XIV century )

I use "Almogaver jokes" in some work, like giving them orders to inspect some area and when main army arrives they find ruined towns "We inspect it, jefe!" they say proud

.... historically, no much 100% trustable sources of their presence in our armies in some numbers, nor our nor Italian sources, so I wouldn't trust Wikipedia about some thousands of "Catalan halberdiers" i've seen in one article, could be something mixed in Bulgarian sources etc. as we mostly used heavy cavalry charges since the start of that century as main tactics.... but in those "mythical 80000" and sieges maybe some numbers of Iberian troops indeed.... just saying, since you gave those medieval pictures above and i forgot to say before (thanks for all info btw) out of subject officially
Top
Post Reply
14 posts • Page 1 of 1